You’ve already heard of the most famous cougars in the spotlight. God bless Demi Moore, Madonna and Mariah Carey for dating guys younger than they are and these cougars certainly got a lot of publicity for their predilection for er, younger meat.

These cougars may be the golden standard as far as Hollywood is concerned (and we’re pretty sure Madonna just orders young hot Latino boys by the dozen for a bulk discount), but they’re not the only ones.

Here are 7 more celebrities who you may not realize are candidates for the Cougar Hall of Fame. Not only does she get off on taking young dates to red carpet events, but she actually made headlines quite a few times in the 2000 and 2010 decades, going public about relationships with Argentina model Martin Mica, and later Chase Dreyfous. Now in her late fifties she’s still attracted to men in their twenties and thirties and who can blame her? Younger guys help her feel young and beautiful! Kim Cattrall played cougar Samantha Jones on Sex and the City, and so earned a reputation for being a hot mom type – not to mention a wild sex scene in the 1995 comedy Live Nude Girls which sees her score with her best friend’s son.

But even in real life, art imitates life, since she has been dating basketball players Steve Francis and Cuttino Mobley, who are in their thirties and early forties. Kim turned 60 this year and still looks marvelous. There are everyday cougars and then there is Joan Collins, which is sort of like comparing Siamese kittens to a mountain lion. Joan is the Grand Cougar of them all, since she literally has decades of age gap between she and her intended, which as of late is Percy Gibson.

Between them is an age gap of 33 years and Joan is the first to comment on the age difference. “I know that I look and act a lot younger than I am. I’m much more secure in myself than many girls in their 20s.” They have at least one thing in common – they were married to two of the most annoying 1980s cartoon characters of over-indulgence, speaking of Donald Trump and “Hulk Hogan”, Terry Bollea.

When they both went through their respective divorces they rebounded with a fury. Forty-eight year old Linda Hogan dated a series of hot young blonds, including teenager Charlie Hill, who was 19 at the time, and who later sued her for doing all her chores without payment. Guess living with Linda Hogan is more difficult than partying with her.

Ivana has been doing the same ever since she divorced Donald and has kept up with him nicely, first marrying twenty-four-years-her-junior Rossano Rubicondi and then after her divorce dating Marcantonio Rota, also over twenty years her junior. 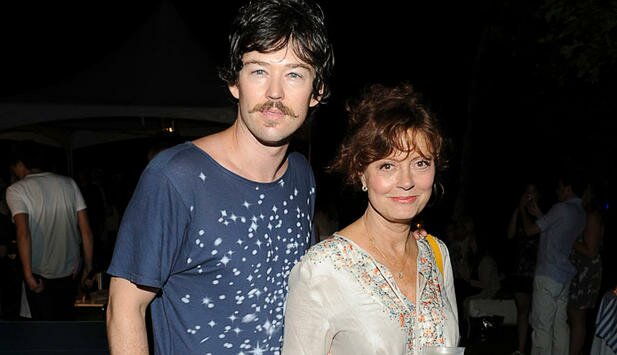 In case you haven’t noticed by her political activism Susan Sarandon is the type of woman who couldn’t give a damn if she offends you. She has also been dating younger men even since she grew into a mature Hollywood icon.

In the 1980s she dated director Franco Amurri who was twelve years younger than she was, made out with hot young star James Spader in White Palace (for purely professional reasons, we’re sure) and then lived with Tim Robbins who was eleven years her junior. Susan, you’re doing life right! 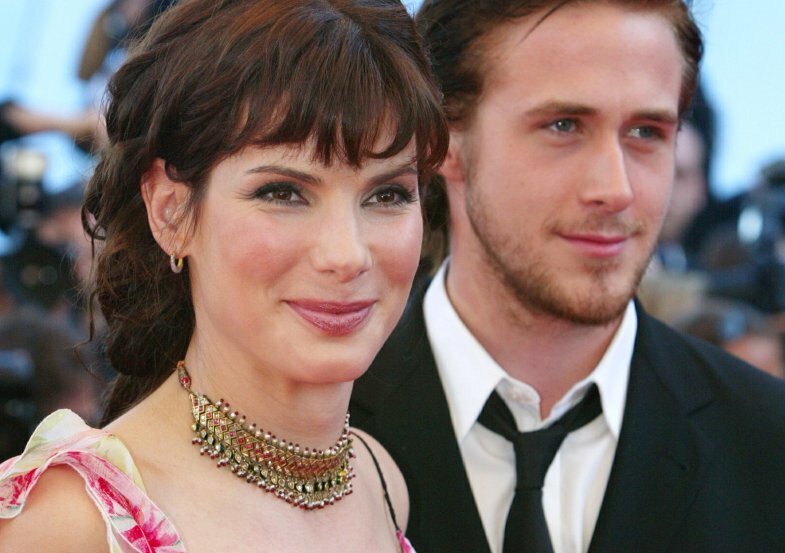 Sandra Bullock may not flaunt her couger-ness but she’s definitely lived the fantasy. Most of her relationships, over three fourths, have been with younger men – including Ryan Gosling who was sixteen years her junior.

In fact, Hugh Grant, her co-star, had to rub it in about her “cradle-robbing”, with statements like “”I’d do the sound of a baby crying and she’d know who I meant.”

Her marriage to Jesse James, who was close to her age, didn’t end so well and Sandra divorced him…only to recover with Chris Evans, who is only in his thirties compared to Sandra who is in her early fifties. You have to envy Chris Evans who had a crush on Sandra growing up and got to live out his While You Were Sleeping fantasy in real life.

Who couldn’t adore Sandra, one of the few actresses to win an Academy Award and a Razzie Award for Worst Actress, and then showed up to both ceremonies to take her award home.

These celebrity cougars remind us that living the life you want is perfectly okay and it doesn’t matter what anyone else thinks. Besides, younger guys are a beauty treatment more lonely older women should look into.

How to Message a Cougar Online: 6 Tips for Messages that Get Responses

Cougars and Cubs: Here’s 6 Ways to Deal with Judgmental People

Why Do Younger Men Like Older Women? 8 Perks of Dating a Cougar

How to Attract Older Women: 5 Tips for Picking Up Cougars

How to Message a Cougar Online: 6 Tips for Messages that Get Responses

Dating Older Women? Here’s 7 Pitfalls To Be Aware Of

How to Pick Up Older Women: 6 Ways to Succeed with Cougars